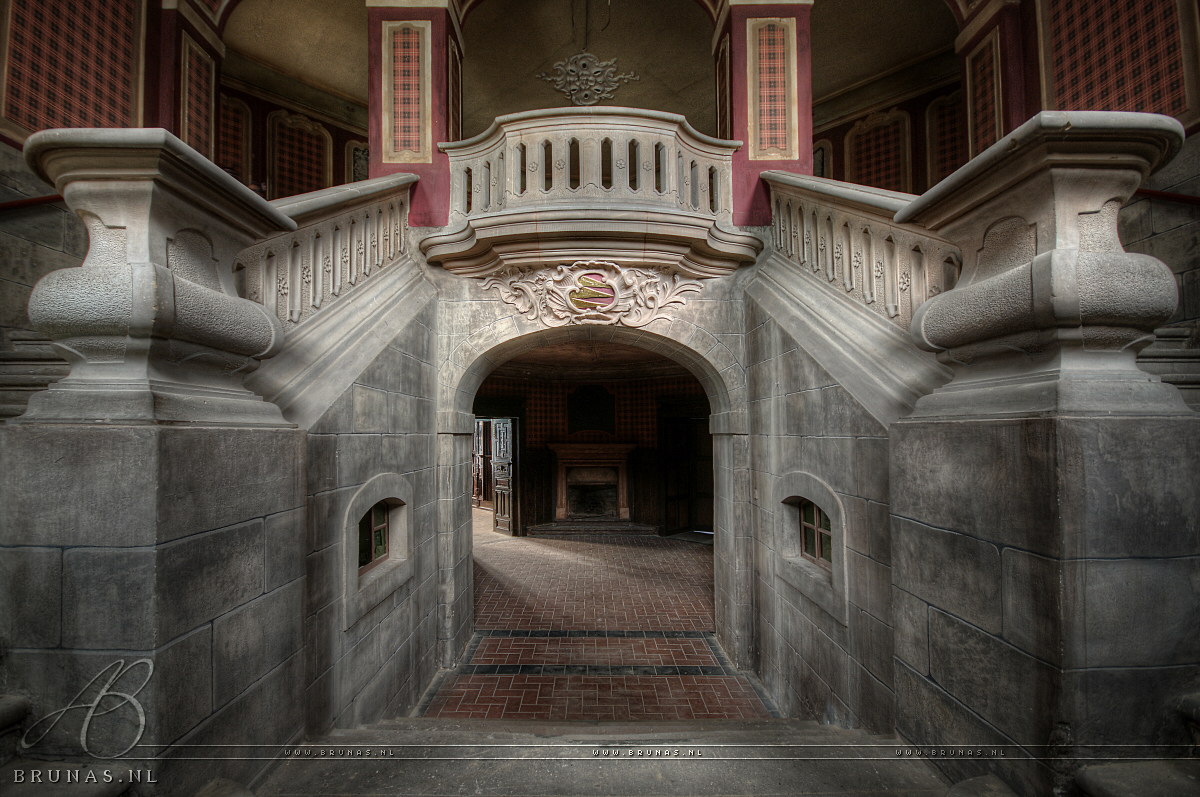 History and information about Schloss V.

The castle is build in 1803 and is situated on a ridge overlooking view of vineyards, in front of the entrance of the castle is a church. There are a number of outbuildings with stables and a beautiful park. After the Second World War the castle was destroyed and converted into a childhood home. For a period of time it also served as a training school for teachers, an agricultural school was established later. After the school moved, the castle was converted into a psychiatric hospital for children until 1996. It has been empty and unused since then. It was taken over by a new owner that had the intention to bring the castle back in a good state, it’s still not successful after a bankruptcy.