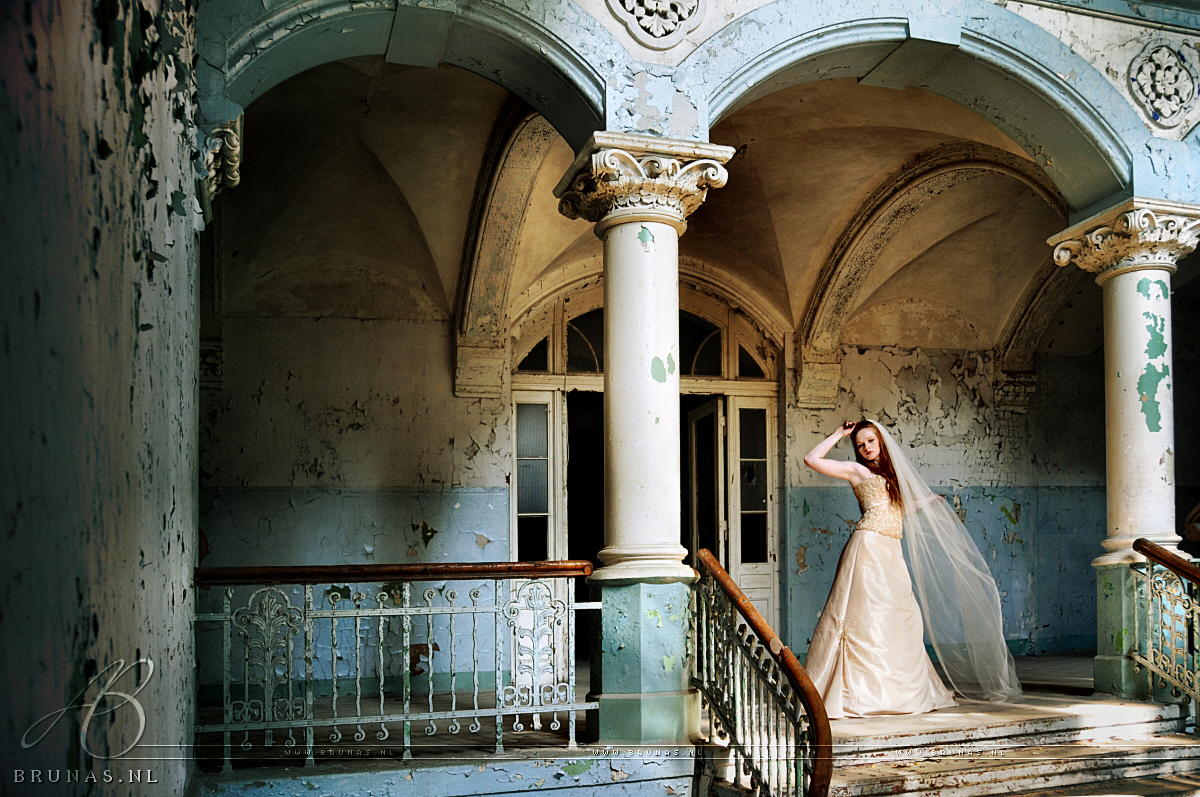 History and information about Beelitz.
Beelitz was a sanatorium, built between the end of the 19th century and the 1930, with 60 buildings, divided by the train rails to separate the tuberculosis from the others. In the First and Second World War Beelitz served as a hospital and sanatorium for sick and wounded soldiers at the front (also Adolf Hitler was here). After the end of World War II, in which the treatment centers were partly damaged, the site was taken over by the Red Army 1945th. The sanatorium served until 1994 as the largest military hospital outside of the Soviet Army of the Soviet Union. In December 1990 Erich Honecker was cured here. Parts of Roman Polanski’s The Pianist and Valkyrie starring Tom Cruise were filmed here.

Models: Gia, Ina, Alice and me.