When we arrived around 7 o clock there was a man walking there, he seemed to be shocked to see us, think he was 25 years old and under influence of 1 or more things. He was not interested in our explanation about what we where doing there and told us to leave since there was nothing there to see. Hard to explain to someone that doesn’t know what exploring is, that in our opinion there was a lot to see!! He pointed his finger to a door, we could go in there… the other building was closed so we did. A small building, some decay, some cells but not what we came for. So we stepped outside, walked around the building but all doors where locked, just when we where about to give up we’ve heard some voices on the inside so there had to be a way in! We could go in to see what we came for. 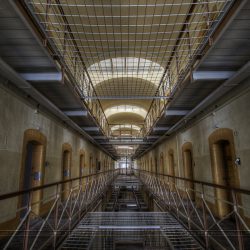 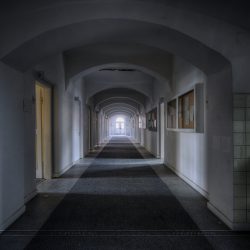 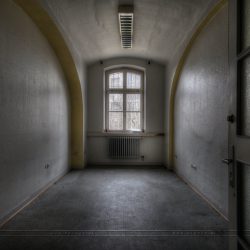 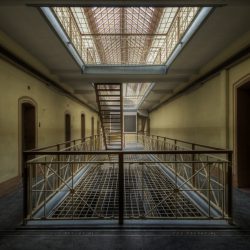 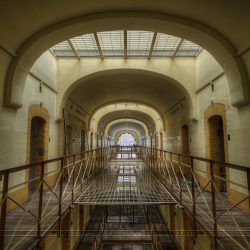 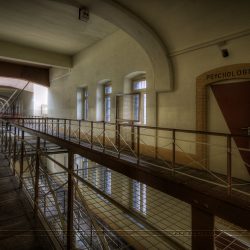 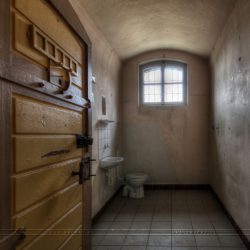 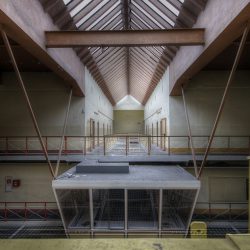 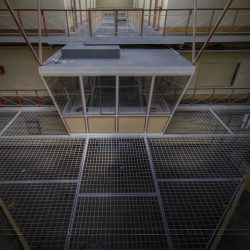 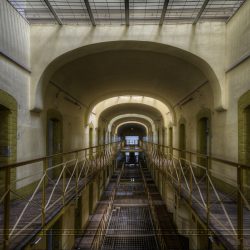 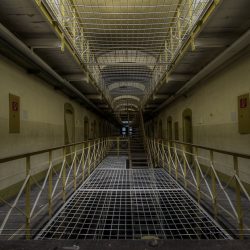 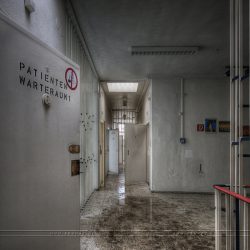 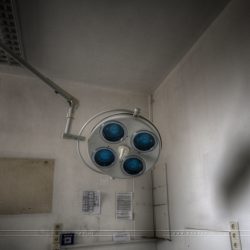 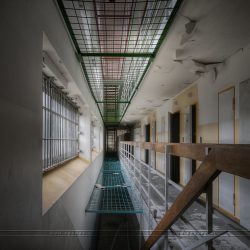 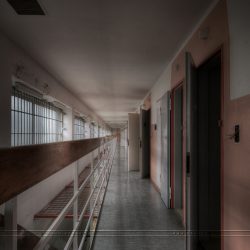 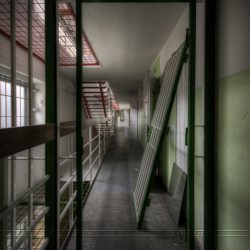 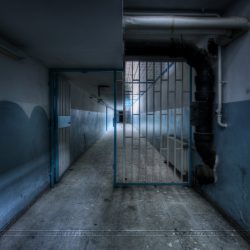 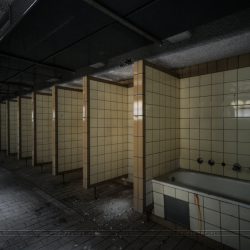 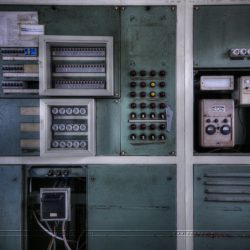 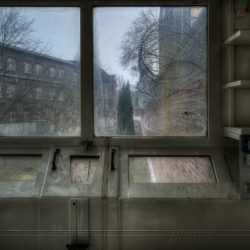 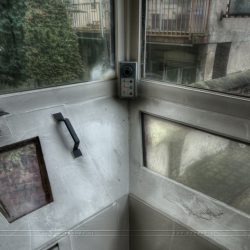 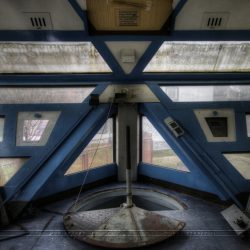 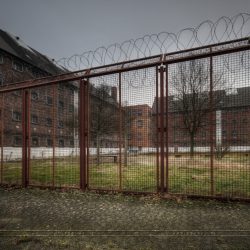 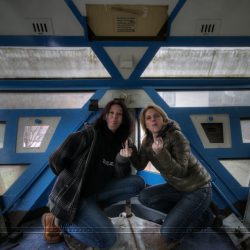 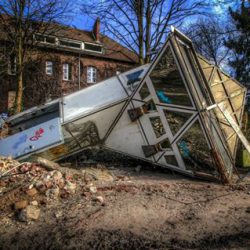